Home » Moving From Bootstrap to Foundation

I have always been a proponent for building things from scratch. From the UI to the responsive nature of websites. But with new tools developed a daily basis to make building from scratch just that much easier.

About a year ago, I decided to start incorporating bootstrap into client projects. At first, as with all things, I was very awkward with using it, asking for help from others every 10 minutes. But soon, I started to get the hang of things and figured out how to customize things the way I liked. And it was not the vast, growing market of themes available for Bootstrap that attracted me to use it, it was the under the hood things such as the grids that enticed me to use it. I mean, I would spend 3 times as long trying to get a set of elements equally sized and spaced in 1 row when I did things from scratch. Bootstrap made me realize that frontend frameworks were not all that bad. I mean they had many utility based things that made building from scratch so much easier.

But a few weeks ago, I started to hear from a lot of my friends that Foundation was another great frontend framework and that Foundation was packed with great stuff. So I decided to take a look and try it out. And boy was that a right move. Here are a few reasons I made the move.

So this post also has the dual purpose of providing information to people who are making the move from Bootstrap to Foundation and notice some aesthetics that they can not seem to be able to replicate in Foundation.

Font Weight. One thing that I noticed when I moved from Bootstrap to Foundation was that the font weights were different in Bootstrap and Foundation despite using the same font and font-weight (Seems to apply to only webkit based browsers). Below is an example of what I mean. Luckily there is a fix to make the Foundation font weight the same as the Bootstrap font weight. 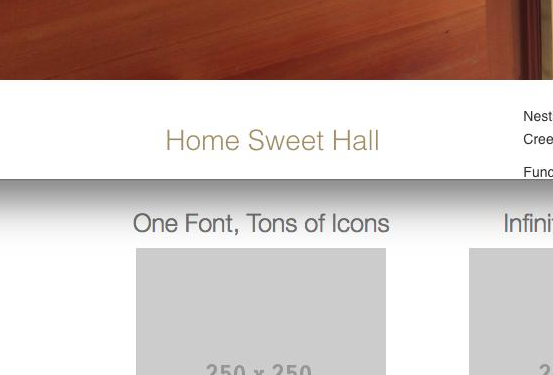 I plan to constantly update this post with new information and fixes that I have found, so check back later. And as always, if there is something you have a question about or want to suggest a fix that you have found, leave a comment.